A Conversation with Ben Philippe 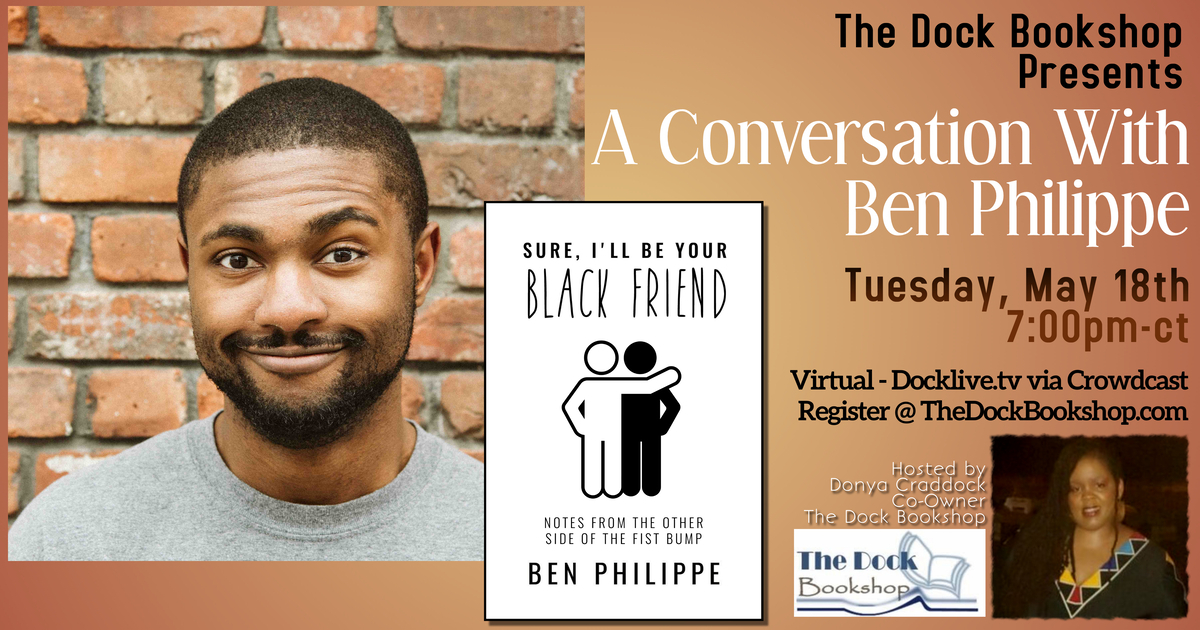 “Flat-out funny… This is a great next-book for fans of What Doesn’t Kill You Makes You Blacker and We Are Never Meeting in Real Life, but if a reader hasn’t turned to either of those yet, Philippe’s disarming, illuminating, and hilarious chronicle is a great place to start.”

"Philippe has created a funny, and at times harrowing, memoir of his experience as a Black man. Fans of similar memoirs, such as Damon Young’s What Doesn’t Kill You Makes You Blacker, will enjoy the irreverence and recognize themselves in these pages."

“It is a truth universally acknowledged that a good white person of liberal leanings must be in want of a Black friend.” So begins author and screenwriter Ben Philippe’s account of a lifetime of being the Black friend (see also: foreign kid, boyfriend, coworker, student, teacher, roommate, enemy) in predominantly white spaces. In an era in which “I have many Black friends” is often a medal of Wokeness, Ben hilariously chronicles the experience of being on the receiving end of those fist bumps. In the vein of What Doesn’t Kill You Makes You Blacker and We Are Never Meeting in Real Life, SURE I’LL BE YOUR BLACK FRIEND: Notes from the Other Side of the Fist Bump.

In this incisive and humorous collection, author and screenwriter Ben Philippe takes us through his immigrant childhood, from wanting nothing more than friends to sit with at lunch, to his awkward teenage years, to college in the age of Obama, and adulthood in the Trump administration—two sides of the same American coin. Ben takes his role as your new Black friend seriously, providing original and borrowed wisdom on stereotypes, slurs, the whole “swimming thing,” how much Beyoncé is too much Beyoncé, Black Girl Magic, the rise of the Karens, affirmative action, the Black Lives Matter movement, and other conversations you might want to have with your new BBFF.

Oscillating between the impulse to be “one of the good ones” and the occasional need to excuse himself to the restrooms, stuff his mouth with toilet paper, and scream, Ben navigates his own Blackness as an “Oreo” with too many opinions for his father’s liking, an encyclopedic knowledge of CW teen dramas, and a mouth he can't always control. From cheating his way out of swim tests to discovering stray family members in unlikely places, he finds the punchline in the serious while acknowledging the blunt truths of existing as a Black man in today’s world.

Candid and disarming, SURE, I’LL BE YOUR BLACK FRIEND is a powerful account of being Black in America today and how white people can do better.

Ben Philippe is a New York-based writer and screenwriter. Born in Haiti and raised in Montreal, Canada, he has a Bachelor of Arts from Columbia University and an MFA from the Michener Center for Writers in Austin, Texas. He has written two young adult novels: Field Guide to the North American Teenager, winner of the 2020 William C. Morris Award, and Charming as a Verb. Sure, I’ll Be Your Black Friend is his first book of adult nonfiction. http://benphilippe.com/

Sure, I'll Be Your Black Friend: Notes from the Other Side of the Fist Bump (Paperback)