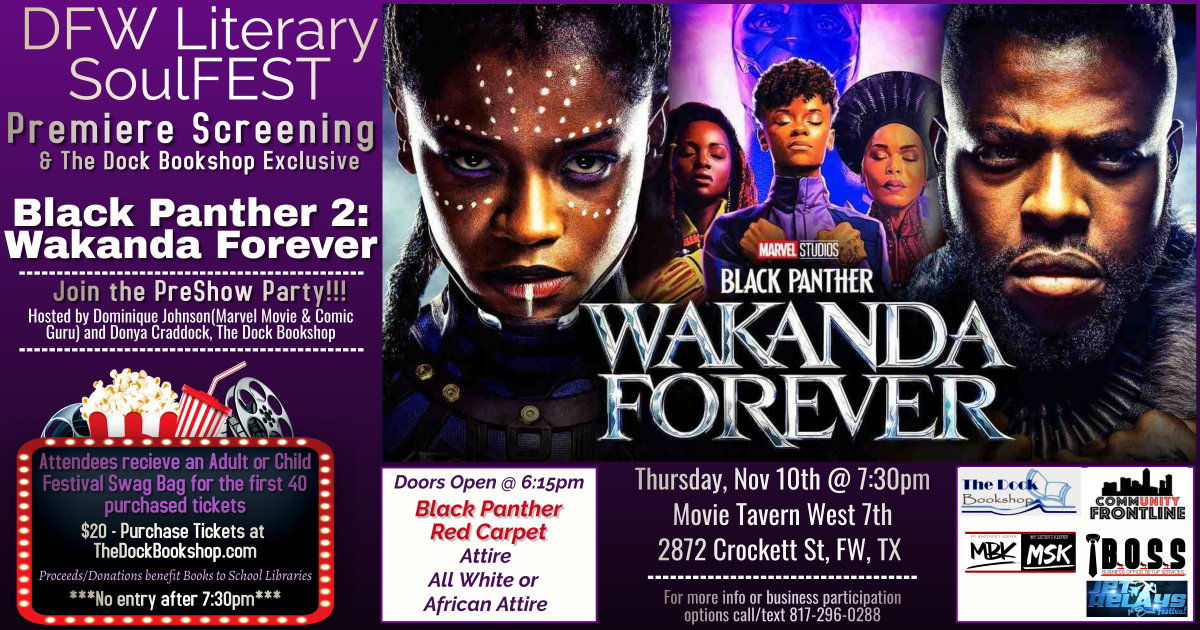 Join The Dock Bookshop for an exclusive premier screening of Marvel Comic's Black Panther: Wakanada Forever on Thursday, November 10, 2022 at 7:30 p.m. Doors open at 6:15 p.m. for check-in and seating.

Suggested attire (not required): We invite you to come dressed for the Red Carpet Black Panther Affair in African-inspired attire or All White.

*****Our Fort Worth Premiere Screening of Black Panther 2 is sold out***** with a cancellation waitlist. Email info@thedockbookshop.com to be added to list.
Also, we are collaborating with Jet Relay and Friends to promote their screening of BP2 in Arlington.
See details below. 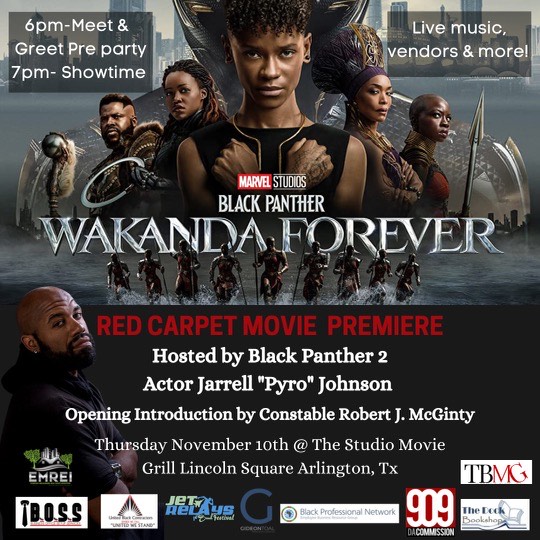 Black Panther: Wakanda Forever is an upcoming American superhero film based on the Marvel Comics character Black Panther. Produced by Marvel Studios and distributed by Walt Disney Studios Motion Pictures, it is intended to be the sequel to Black Panther (2018) and the 30th film in the Marvel Cinematic Universe (MCU). The film is being directed by Ryan Coogler, who co-wrote the screenplay with Joe Robert Cole, and stars Letitia Wright, Lupita Nyong'o, Danai Gurira, Winston Duke, Florence Kasumba, Dominique Thorne, Michaela Coel, Tenoch Huerta, Martin Freeman, and Angela Bassett. In the film, the leaders of Wakanda fight to protect their nation in the wake of King T'Challa's death.

Ideas for a sequel began after the release of Black Panther in February 2018. Coogler negotiated to return as director in the following months, and Marvel Studios officially confirmed the sequel's development in mid-2019. Plans for the film changed in August 2020 when Black Panther star Chadwick Boseman died from colon cancer, with Marvel choosing not to recast his role of T'Challa. Other main cast members from the first film were confirmed to return by that November, and the title was announced in May 2021. Production initially took place from late June to early November 2021, in Atlanta and Brunswick, Georgia, as well as around Massachusetts, before a hiatus to allow Wright to recover from an injury sustained during filming. Production resumed by mid-January 2022 and wrapped in late March in Puerto Rico. 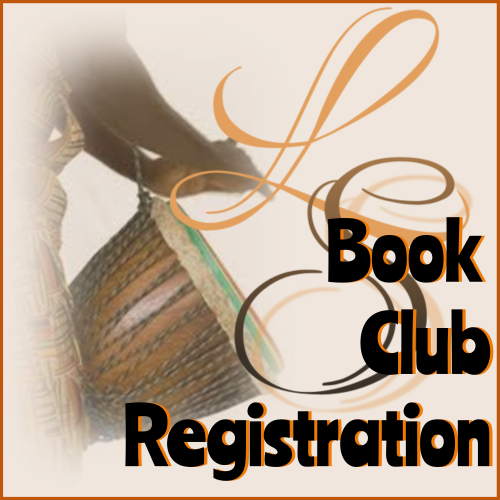 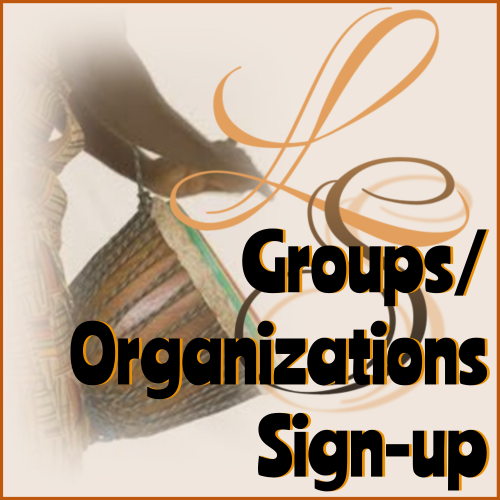