Joe Biden: A Life of Trial and Redemption (Paperback) 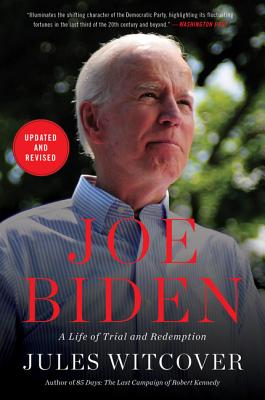 UPDATED AND WITH NEW PHOTOS

Newly updated, the definitive biography of the President-elect of the United States, Joe Biden, which examines the fascinating life of a man who has shaped Washington politics for more than four decades and will now enter the White House as President in his own right.

Raised in the working-class towns of Scranton, Pennsylvania, and Wilmington, Delaware, and with lackluster grades in school and no particular goals, Joe Biden shocked the nation in 1972 when he became one of the youngest elected senators in U.S. history. Over the course of four decades, he carved a legacy for himself as one of the most respected legislators in the country, and was a close friend and partner to President Barack Obama, who valued his vice president’s vast experience in domestic and foreign affairs.

Yet Biden's political success has been matched by personal tragedy and countless challenges. Within two months of being elected in 1972, Biden lost his wife, Neilia, and his young daughter in a tragic accident—a loss that brought him to the nadir of despair and shook his resolve to stay in politics. He suffered two brain aneurysms and career-threatening gaffes and miscues. In 2015, he lost his eldest son, Beau, to brain cancer.

Biden then faced the biggest challenge of his political career as the Democratic nominee for the 2020 elections and won both the electoral college and popular vote. He is now poised to enter the White House once more—this time as President—at a time of great global uncertainty. Based on exhaustive research by one of Washington's most prolific journalists, including numerous exclusive interviews with Biden's confidants and family members, as well as President Obama and the President-elect himself, Joe Biden goes beyond conventional biography to track the forces that have shaped the man who will be the next President of the United States.

Jules Witcover has been writing from Washington on politics and history since 1954, first for the Newhouse Newspapers, then the Los Angeles Times, Washington Post and Star and Baltimore Sun, and his column is syndicated by the [Chicago] Tribune Company. His twenty books include 85 Days: The Last Campaign of Robert Kennedy, The American Vice Presidency: From Irrelevance to Power, The Resurrection of Richard Nixon, The Year the Dream Died: Revisitng 1968 in America, accounts of the presidential elections from 1976 through 1992, and biographies of Vice Presidents Spiro Agnew and Joe Biden.