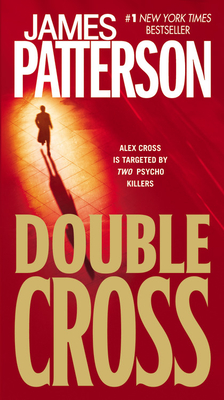 This is book number 13 in the An Alex Cross Thriller series.

Alex Cross faces two crazed killers in this chilling, suspenseful blockbuster from James Patterson, "the man who can't miss" (Time).
A spate of elaborate murders in Washington D.C. have the whole East Coast on edge. They are like nothing Alex Cross and his new girlfriend, Detective Brianna Stone, have ever seen. With each murder, the case becomes increasingly complex. There's only one thing Alex knows: the killer adores an audience.
As victims are made into gruesome spectacles citywide, inducing a media hysteria, it becomes clear to Alex that the man he's after is a genius of terror-and he's after fame. The killer has the whole city by its strings-and he'll stop at nothing to become the most terrifying star that Washington D.C. has ever seen.
James Patterson has had more New York Times bestsellers than any other writer, ever, according to Guinness World Records. Since his first novel won the Edgar Award in 1977 James Patterson's books have sold more than 300 million copies. He is the author of the Alex Cross novels, the most popular detective series of the past twenty-five years, including Kiss the Girls and Along Came a Spider. He writes full-time and lives in Florida with his family.

"DOUBLE CROSS is one of Patterson's best works to date, full of action and excitement. One cannot read DOUBLE CROSS without feeling as if there are even bigger things yet to come from Cross and his creator."—Bookreporter.com

"If, like me, you are an Alex Cross fan, run, don't walk, to your favorite book store and get up to date on the life of Alex Cross. If you enjoy fast paced, well written intrigue, you'll devour Double Cross, just as I did."—AllThingsGirl.net

"This novel gives the reader double excitement with not one but two maniacs after Alex Cross...Even if you are not an Alex Cross fan, you will enjoy this thriller by James Patterson. Be sure to add Double Cross to your reading list."—BestsellersWorld.com

"Double Cross is a strong, addictive page turner. It is definitely worth the trip to the book store."—TheMysterySite.com

"Double Cross is vintage Patterson. It is fast moving and suspenseful and takes the occasional surprise twist. Life for a Patterson fans doesn't get much better than this."—1340MagBooks.com