Martin Luther King, Jr., and the Theology of Resistance (Paperback) 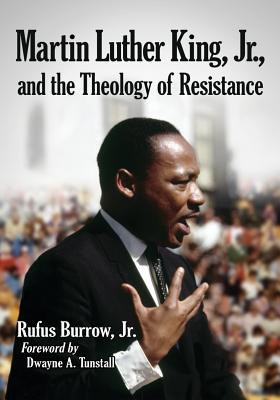 Martin Luther King, Jr., and the Theology of Resistance (Paperback)


Usually Ships in 1-5 Days
It has been nearly fifty years since Martin Luther King, Jr., was assassinated at the Lorraine Motel in Memphis, Tennessee. Appraisals of King's contributions began almost immediately and continue to this day. The author explores a great many of King's chief ideas and socio-ethical practices: his concept of a moral universe, his doctrine of human dignity, his belief that not all suffering is redemptive, his brand of personalism, his contribution to the development of social ethics, the inclusion of young people in the movement, sexism as a contradiction to his personalism, the problem of black-on-black violence, and others. The book reveals both the strengths and the limitations in King's theological socio-ethical project, and shows him to have relentlessly applied personalist ideas to organized nonviolent resistance campaigns in order to change the world. Instructors considering this book for use in a course may request an examination copy here.
The late Rufus Burrow, Jr., was Indiana Professor of Christian Thought and Professor of Theological Social Ethics, Emeritus, at the Christian Theological Seminary in Indianapolis, Indiana.