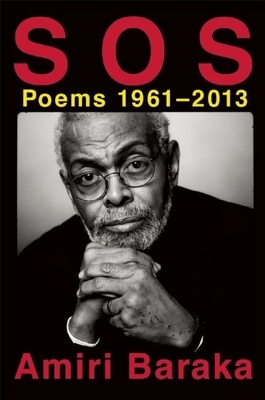 A New York Times Editors' Choice Fusing the personal and the political in high-voltage verse, Amiri Baraka--whose long illumination of the black experience in America was called incandescent in some quarters and incendiary in others (New York Times)--was one of the preeminent literary innovators of the past century. Selected by Paul Vangelisti, this volume comprises the fullest spectrum of Baraka's rousing, revolutionary poems, from his first collection to previously unpublished pieces composed during his final years. Throughout Baraka's career as a prolific writer (also published as LeRoi Jones), he was vehemently outspoken against oppression of African American citizens, and he radically altered the discourse surrounding racial inequality. The environments and social values that inspired his poetics changed during the course of his life, a trajectory that can be traced in this retrospective spanning more than five decades of profoundly evolving subjects and techniques. Praised for its lyricism and introspection, his early poetry emerged from the Beat generation, while his later writing is marked by intensely rebellious fervor and subversive ideology. All along, his primary focus was on how to live and love in the present moment despite the enduring difficulties of human history.

Amiri Baraka (1934-2014) was an author of poetry, plays, essays, fiction, and music criticism, as well as a groundbreaking political activist who lectured in the United States, the Caribbean, Africa, and Europe. He served as Poet Laureate of New Jersey from 2002-2003, and his numerous accolades include fellowships from the Guggenheim Foundation and the National Endowment for the Arts, the Langston Hughes Medal from the City College of New York, the Rockefeller Foundation Award for Drama, a PEN Open Book Award, induction into the American Academy of Arts and Letters, and the Before Columbus Foundation Lifetime Achievement Award.