W. E. B. Du Bois, Race, and the City: The Philadelphia Negro and Its Legacy (Paperback) 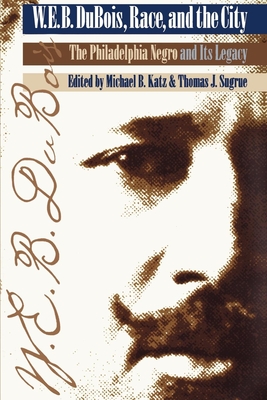 W. E. B. Du Bois, Race, and the City: The Philadelphia Negro and Its Legacy (Paperback)

In 1896 W. E. B. Du Bois began research that resulted three years later in the publication of his great classic of urban sociology and history, The Philadelphia Negro. Today, a group of the nation's leading historians and sociologists celebrate the centenary of his project through a reappraisal of his book. Motivated by Du Bois's deeply humane vision of racial equality, the contributors draw on ethnography, intellectual and social history, and statistical analysis to situate Du Bois and his pioneering study in the intellectual milieu of the late nineteenth century, consider his contributions to the subsequent social scientific and historical studies of the city, and assess the contemporary meaning of his work. Together these essays show that The Philadelphia Negro remains as vital and relevant a book at the end of the twentieth century as it was at the start.

Contributors include Elijah Anderson, Mia Bay, V. P. Franklin, Robert Gregg, Thomas C. Holt, Tera W. Hunter, Jacqueline Jones, Antonio McDaniel, and Carl Husemoller Nightingale.
Michael B. Katz is Sheldon and Lucy Hackney Professor of History at the University of Pennsylvania and author of Improving Poor People: The Welfare State, the Underclass, and Urban Schools as History, among other books. Thomas J. Sugrue is Associate Professor of History at the University of Pennsylvania. He is the author of The Origins of the Urban Crisis: Race and Inequality in Postwar Detroit.