His Day Is Done: A Nelson Mandela Tribute (Hardcover) 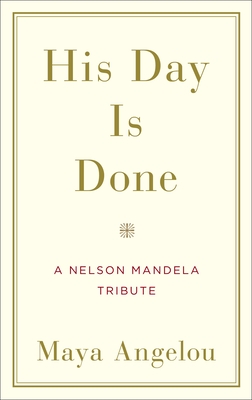 He was a son of Africa who became father to a nation and, for billions of people around the world, a beacon of hope, courage, and perseverance in the face of opposition. Now, acclaimed poet Maya Angelou honors the life and remarkable soul of Nelson Mandela, former president of South Africa and Nobel laureate.

In His Day is Done, Angelou delivers an authentically heartfelt and elegant tribute to Mandela, who stood as David to the mighty Goliath of Apartheid and who, after twenty-seven years of unjust imprisonment on the notorious Robben Island, emerged with “His stupendous heart intact / His gargantuan will / Hale and hearty” to lead his people into a new era.

This poignant work of gratitude and remembrance offers condolences to the resilient people of South Africa on the loss of their beloved “Madiba” and celebrates a man like no other, whose life and work changed the world.

Praise for His Day Is Done

“[His Day Is Done captures] how many were feeling.”—BBC News

Maya Angelou was raised in Stamps, Arkansas. In addition to her bestselling autobiographies, including I Know Why the Caged Bird Sings and The Heart of a Woman, she wrote numerous volumes of poetry, among them Phenomenal Woman, And Still I Rise, On the Pulse of Morning, and Mother. Maya Angelou died in 2014.

“[His Day Is Done captures] how many were feeling.”—BBC News