African American Fraternities and Sororities: The Legacy and the Vision (Hardcover) 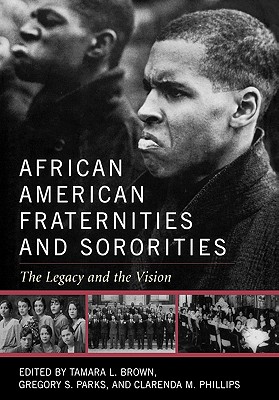 African American Fraternities and Sororities: The Legacy and the Vision (Hardcover)

Tamara L. Brown, associate professor of psychology at the University of Kentucky, is a founding member of Pi Mu chapter of Delta Sigma Theta Sorority at Longwood College in Virginia.Gregory S. Parks is a member of Alpha Phi Alpha Fraternity and the editor of four books including Black Greek-Letter Organizations in the 21st Century: Our Fight Has Just Begun; Critical Race Realism: Intersections of Psychology, Race, and Law; and Brothers and Sisters: Diversity in American College Fraternities and Sororities, .Clarenda M. Phillips is chair of sociology, social work, and criminology at Morehead State University.