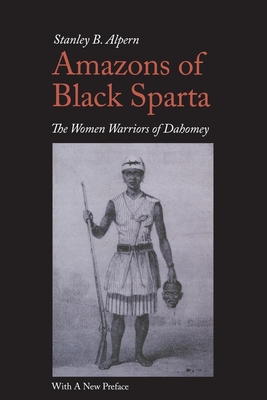 By Stanley B. Alpern

The only thoroughly documented Amazons in world history are the women warriors of Dahomey, an eighteenth- and nineteenth-century Western African kingdom. Once dubbed a 'small black Sparta, ' residents of Dahomey shared with the Spartans an intense militarism and sense of collectivism. Moreover, the women of both kingdoms prided themselves on bodies hardened from childhood by rigorous physical exercise. But Spartan women kept in shape to breed male warriors, Dahomean Amazons to kill them. Originally palace guards, the Amazons had evolved by the 1760s into professional troops armed mainly with muskets, machetes and clubs. By the 1840s their numbers had grown to 6,000. The Amazons served under female officers and had their own bands, flags and insignia: they outdrilled, outshot and outfought men, became frontline troops and fought tenaciously and with great valor till the kingdom's defeat by France in 1892.
Updated with a new preface by the author, Amazons of Black Sparta is the product of meticulous archival research and Alpern's gift for narrative. It will stand as the most comprehensive and accessible account of the woman warriors of Dahomey.