Educational Yearning: The Journey of the Spirit and Democratic Education (Counterpoints #38) (Paperback) 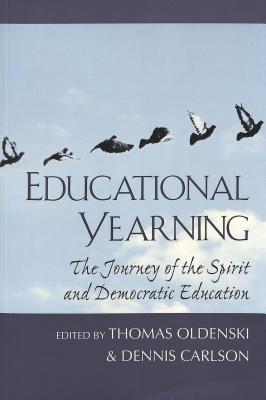 Educational Yearning: The Journey of the Spirit and Democratic Education (Counterpoints #38) (Paperback)

This is book number 38 in the Counterpoints series.

What room is there for a language of spirituality and the spirit in democratic forms of education? This is the question posed in this collection of essays by a broad range of scholars working in education. Beginning with the premise that postmodernism is associated with a re-spiritualization of culture, the authors seek to explore ways in which this re-spiritualization can be pushed in democratic rather than rightist or fundamentalist directions. What they celebrate is diversity of progressive traditions and discourses of spirituality that educators and other cultural workers can draw upon to inform practice, even as they trouble all essentialistic notions of spirituality. Together, these essays move democratic education onto a fundamentally new cultural terrain, and they suggest that the metaphor of the journey of the spirit is one of the most enduring and potentially democratic ways of thinking about what it means to teach and to become educated.
The Editors: Thomas Oldenski is Associate Professor in the Department of Educational Leadership at the University of Dayton. He is author of Liberation Theology and Critical Pedagogy in Today's Catholic Schools: Social Justice in Action (1997). Dennis Carlson is Senior Professor in the Department of Educational Leadership and Director of the Center for Education and Cultural Studies at Miami University. He is the author of Teachers and Crisis: Urban School Reform and Teachers' Work Culture (1992), Making Progress: Education and Culture in New Times (1997), and co-editor with Michael Apple of Power/Knowledge/Pedagogy: The Meaning of Democratic Education in Unsettling Times (Peter Lang, 1998).