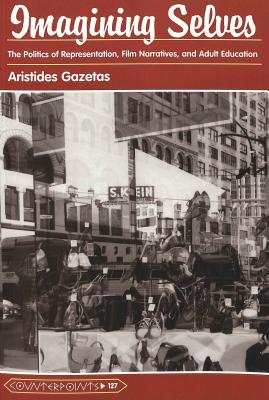 This is book number 127 in the Counterpoints series.

This book examines a number of theoretical positions proposed by adult educators in relation to five poststructural perspectives. The analysis begins with a Lacanian interpretation of subjectivity in the complexities of female bonding with the Other, then follows with Foucault's concepts of knowledge and power, Derrida's perspective on differance, Baudrillard's thesis on simulacra, and closes with Lyotard's philosophy on the postmodern condition. The study argues that objects of knowledge are locally and historically specific, and that they become available for human understanding only within certain language games, paradigms, and discursive formations. Further, the study investigates the central role film narratives play in the process of socialization while questioning simultaneously, the ideological processes forming our subjectivities.
The Author: Aristides Gazetas received his Ph.D. in educational studies from the University of British Columbia. A Fulbright scholar to Greece, he was actively involved in the design of a film studies program for the University, of Lethbridge in the 1980s. As Associate Professor, he has written two telecourses, Studies in International Cinema II for Fine Arts and The Short History of Film - Film 330 for the Department of Theatre and Film at the University of British Columbia.