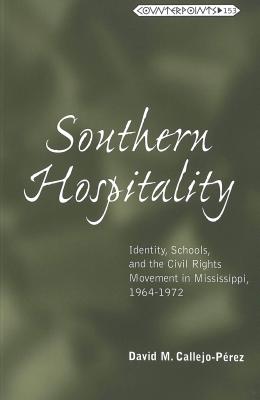 This is book number 153 in the Counterpoints series.

In Southern Hospitality, an ethnography of Holly Springs, Mississippi (1964-1972), schools play an important part in the formation of black identity during desegregation in the South. The civil rights movement left a leadership void as the public space of black leaders - the segregated schools - disappeared as did the identification with the Southern Negro collective of the segregated South. This transformation occurs against the backdrop of the psychological struggle between the individual's role as a member of that black collective, and the opportunity, secured from the federal government, to advance and integrate into the larger society, thereby fulfilling the American Dream . Federal change agents did not foresee the erosion of black power and the resegregation of the public schools as whites left the neglected public schools for white academies.