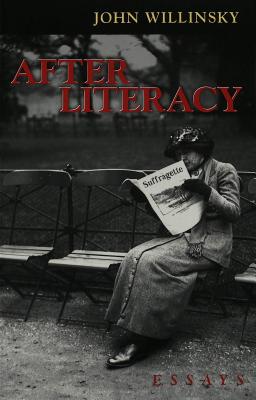 This is book number 184 in the Counterpoints series.

This collection of essays tackles what comes of learning to read and write after literacy has been achieved. These essays take up notable gaps in all that has been said and written about literacy in the schools, moving beyond the idea that learning to read and write is an end in itself. They are about the power that reading and writing has over the world. These essays deal with what the young are to make of the world while reading in a postmodern era and how they respond to the way new technologies can narrow the gap between school and work worlds. Others confront the authorities, whether of dictionaries that would dictate meaning or of cultures that would shape identities. They also pursue the personal side of Willinsky's own life in the language, tracking what has followed for him from this getting of literacy. The book is concerned, as a whole, with how we can become better students of literacy's impact on our lives. It teaches us to attend to the promises and challenges, as well as the pleasures, that come after having taken a basic hold of language's literate possibilities.
The Author: John Willinsky is the Pacific Press Professor of Literacy and Technology at the University of British Columbia. He is the author of, among other books, Learning to Divide the World: Education at Empire's End, which won Outstanding Book Awards from the American Educational Research Association and History of Education Society. He directs the Public Knowledge Project, which is dedicated to increasing the public value of academic research, and plays guitar with an international blues band of scholar-musicians.