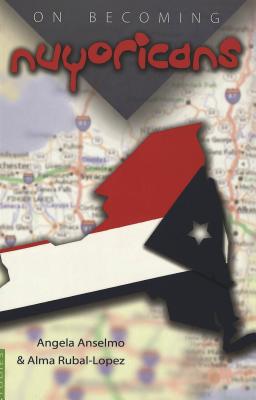 This is book number 194 in the Counterpoints series.

On Becoming Nuyoricans takes an intimate look at two sisters' experiences growing up as part of the first generation of female Puerto Ricans born and raised in New York during the 1950s and 1960s. This generation of Puerto Ricans, also referred to as Nuyoricans , played a critical role in helping to define unique issues of race, assimilation, and equity for immigrants who were not white Europeans (African Americans notwithstanding) in a society that defined itself as a melting pot . This book also examines critical issues related to community, home, class, values, motivation, and identity that have played a role in molding who those women are today. In essence, On Becoming Nuyoricans provides an important look at a pivotal period in American society as depicted in these sisters' narratives and an analysis of their recollections.
The Authors: Angela Anselmo and Alma Rubal-Lopez are faculty members at the City University of New York. Both received their Ph.D. in bilingual developmental psychology from Yeshiva University. Dr. Anselmo is an ordained interfaith minister and Director of the SEEK (Search for Education, Elevation, and Knowledge) Program at Baruch College in New York City. Her research interests include bilingualism, counseling, and spirituality. In addition to numerous articles in professional journals within the fields of sociology of language and multicultural education, Dr. Rubal-Lopez also co-edited Post-Imperial English: Status Change in Former British and American Colonies, 1940-1990.