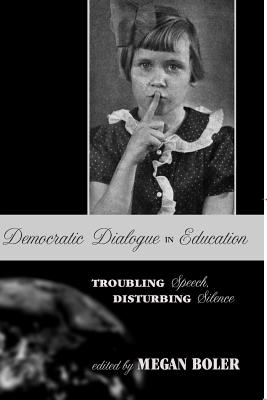 This is book number 240 in the Counterpoints series.

This collection brings into dialogue authors from a range of disciplines and perspectives to address the thorny question of how to balance the demands of democratic dialogue with the reality of a world in which each voice does not carry equal weight. Should rules be in place, for example, that correct for such imbalances by privileging some voices or muting others? Should separate spaces be created for traditionally disadvantaged groups to speak only among themselves? Is democratic dialogue in an inclusive sense even a possibility in a world divided by multiple dimensions of power and privilege?
Leading theorists from several countries share a concern for social justice and present radically different interpretations of what democracy means for educational practice. In a format unusual for such collections, the essays speak directly to each other about significant moral, philosophical, and practical differences regarding how to effectively engage students as critical participants in classrooms fraught with power and difference. The authors draw from philosophy, critical race theory, sociology, feminist, and poststructural studies to address topics including hate speech, freedom of expression, speech codes, the meanings of silence, conceptions of voice and agency, and political correctness . They explore honestly and self-critically the troubling and disturbing dimensions of speech and silence that situate the classroom as a volatile microcosm of contemporary political contradictions.