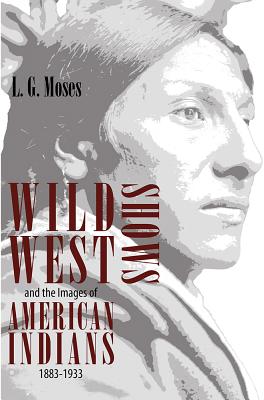 Between the 1880s and the 1930s Show Indians depicted their warfare with whites and portrayed scenes from their culture in productions that traveled throughout the United States and Europe and drew huge audiences--well over a million people in 1885 alone.

The view that they were tipi-and-war-bonnet Indians exploited by entrepreneurs like Buffalo Bill was commonly held by reformers of the 1890s, and has been uncritically accepted ever since. This book, now available in paperback, is the first to examine the lives and experiences of Show Indians from their own point of view. Their dances, re-enactments of battles, and village encampments, the author demonstrates, helped preserve the Indians' cultural heritage through decades of forced assimilation.

This book also looks at Wild West shows as ventures in the entertainment business. By considering financing, scripting, recruitment, logistics, and public and creditor perceptions, L. G. Moses reveals the complexity of the enterprise and the numerous--and often contradictory--meanings the shows had for Indians, entrepreneurs, audiences, and government officials.