Black Market: An Insider's Journey Into the High-Stakes World of College Basketball (Hardcover) 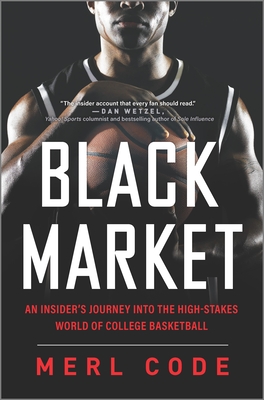 Black Market: An Insider's Journey Into the High-Stakes World of College Basketball (Hardcover)


Usually Ships in 1-5 Days
From a former college basketball player and Executive at Nike, a "riveting" (Sports Illustrated) insider's account into the business of college basketball exposes the corrupt and racist systems that exploit young athletes and offers a new way forward

For Merl Code, basketball was life.

In college he played point guard for Clemson before turning pro. Later, when he pivoted to marketing, he found himself thrust into a startling world of profit-driven college basketball programs. He realized that the NCAA's amateurism rules could be used to exploit young athletes, and athletes of color in particular.

Now, for the first time, Code will share his side of the explosive story of college basketball's dark reality--a system that begins with young talent in AAU programs and culminates at the highest levels of the NBA.

Propulsive, urgent, and eye-opening, Black Market exposes the truth to offer a more just way forward for both colleges and athletes.