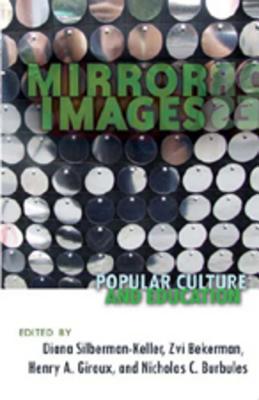 This is book number 338 in the Counterpoints series.

Mirror Images: Popular Culture and Education is the first international and multidisciplinary effort to coalesce knowledge on education and popular culture studied as broad phenomena and not as a collection of case studies. In this volume, popular culture has been thematically treated as it appears in a variety of media, including movies, digital games, advertising, television, popular songs, and the internet. The book considers education in both formal and informal settings, and looks critically at the accepted dichotomy between education and popular culture. It argues that popular culture is capable of educating and that education shares many characteristics with popular culture, and tries to overcome these dichotomous relationships while also trying to clarify the reciprocal effects between the two. The book calls disciplinary and media boundaries into question in an effort to widen the possibility of enlarging the vocabulary and the verbs of all that stays unnamed by what is considered knowledge.
The Editors: Diana Silberman-Keller has engaged in a second Ph.D. degree program on communication, film, and internet at the European Graduate School at Saas-Fee, Switzerland. She has participated in seminars with Giorgio Agamben, Avital Ronell, Slavoj Zizek, Alain Badiou, Siegfried Zielinski, Barbara Hammer and Wolfgang Schirmacher, and Werner Hamacher and Hubertus Von Ameluxen. She has submitted her dissertation, Mirrors' Triptic Technology: Remediation and Translation Figures to the Division of Media and Communications of the European Graduate School, in candidacy for the degree of Doctor of Philosophy. Zvi Bekerman teaches anthropology of education at the School of Education and the Melton Center, Hebrew University of Jerusalem, where he is also a Research Fellow at the Truman Institute for the Advancement of Peace. His main interests are in the study of cultural, ethnic, and national identity, including identity processes and negotiation during intercultural encounters and in formal/informal learning contexts. Since 1999 he has been conducting a long-term ethnographic research project in the integrated/bilingual Palestinian-Jewish schools in Israel. He has widely published in these fields. He is the editor (with Seonaigh MacPherson) of the refereed scholarly journal Diaspora, Indigenous, and Minority Education: An International Journal (2007), and has recently published (with Nicholas C. Burbules and Diana Silberman-Keller) an edited volume entitled Learning in Places: The Informal Education Reader (Peter Lang, 2006), and (with Claire McGynn) a volume entitled Addressing Ethnic Conflict through Peace Education: International Perspectives (2007). Henry A. Giroux holds the Global TV Network Chair in English and Cultural Studies at McMaster University in Canada. His most recent books include: America on the Edge (2006); The Giroux Reader (2006); Beyond the Spectacle of Terrorism (2006); Stormy Weather: Katrina and the Politics of Disposability (2006); and The University in Chains: Confronting the Military-Industrial-Academic Complex (2007). Nicholas C. Burbules is the Grayce Wicall Gauthier Professor in the Department of Educational Policy Studies at the University of Illinois, Urbana/Champaign. He has published widely in the areas of philosophy of education, technology and education, and critical social and political theory. He is also the current editor of Educational Theory.