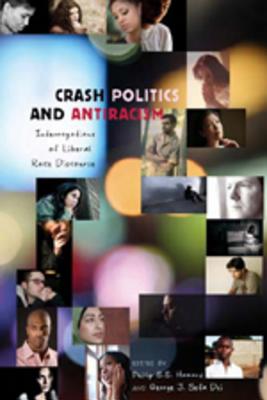 This is book number 339 in the Counterpoints series.

Crash Politics and Antiracism argues that race and racism continue to script the social fabric in Euro-North America. While dominant discourses claim that we have made significant progress away from racial bigotry, there is no shortage of evidence that inequitable ideologies of race prevail. Similarly, mainstream cinematic productions have mass appeal, yet tend to demonstrate and cement the racial ideologies that circulate in society. As such, they can be used either for the propagation of dominant ideologies or in the development of critical consciousness. Crash Politics and Antiracism does the latter, understanding the award-winning film Crash as an especially interesting pedagogical site, for while to many it offers a fresh analysis of race and racism, the antiracist analyses in this book suggest that it recycles oppressive understandings of race. The essays in this collection, written from a variety of racial locations, provide readings of Crash that seek to disrupt the movie's subtle messages and, more importantly, some of the intractable liberal notions of race that perpetuate racial inequity. The considerations raised in this volume will enrich critical conversations about how race and racism work in contemporary Euro-North American societies - whether these conversations occur in classrooms, boardrooms, or living rooms.
The Editors: Philip S.S. Howard is a Ph.D. candidate in the Sociology and Equity Studies Department of the Ontario Institute for Studies in Education at the University of Toronto. George J. Sefa Dei is Professor and immediate past Chair of the Equity Studies Department of the Ontario Institute for Studies in Education at the University of Toronto.