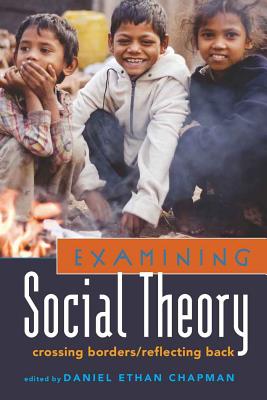 This is book number 355 in the Counterpoints series.

This collection of essays introduces multiple social theories through discussions of ideas across national borders. In each of the nine sections, the first chapter introduces a theory in a context outside of the United States. The second chapter then responds to the first by refocusing the discussion inside the United States. It has long been understood that it is difficult to perceive one's own context as contingent on culture and history, thus, exploring social phenomena in a different context assists in perceiving the dynamics at play. Ultimately, though, social theory should be used to analyze one's own environment and understand how class, race, gender, sexuality, religion, etc., inform one's own culture. Examining Social Theory: Crossing Borders/ Reflecting Back brings together diverse perspectives on similarities and differences across borders and cultures, and provides a structure in which they juxtapose, align, contrast, and reverberate - the better for us to study, discuss, and understand.
The Editor: Daniel Ethan Chapman is a professor of curriculum studies at Georgia Southern University, and a documentary filmmaker. His research interests include postcolonial studies, documentary studies, cultural studies, and critical pedagogy.