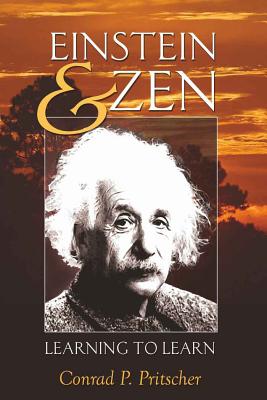 This is book number 384 in the Counterpoints series.

This book makes a strong case for free schooling, comparing the mind of Albert Einstein - who said much - to Zen conscious practice, which says little but encompasses everything. Examining the work of brain researchers, neuroscientists, physicists, and other scholars to illuminate the commonalities between Einstein's thought and the Zen practice of paying attention to one's present experience, the book reveals their many similarities, showing the development of self-direction as a key to fostering compassionate consideration of others and to harmonious, semi-effortless learning and living. Examples demonstrate that students who choose to study what is interesting, remarkable, and important for them tend to become more like Einstein than students with the rigid school curricula; students who are free to learn often demonstrate empathy, and less rigid rule-following, while involved in the process of imaginatively becoming their own oracles and self-educators.
The Author: Conrad P. Pritscher received a B.A. from Saint Mary's University in Winona, Minnesota, an M.A. from DePaul University, and a Ph.D. from the University of Toledo. He taught graduate philosophy of education and multicultural education at Bowling Green State University. He is also a graduate of the Gestalt Institute of Cleveland, Postgraduate Intensive Training Program. He is the author of three other books: Re-opening Einstein's Thought: About What Can't Be Learned from Textbooks; Quantum Learning: Beyond Duality; and (co-authored with George David Miller) On Education and Values. He is a former President of the Ohio Valley Philosophy of Education Society and former chairman of the Bowling Green State University Human Relations Commission.