The End of Reading: From Gutenberg to Grand Theft Auto (Counterpoints #394) (Hardcover) 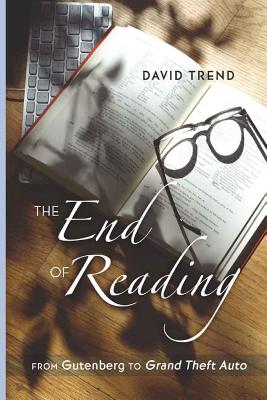 The End of Reading: From Gutenberg to Grand Theft Auto (Counterpoints #394) (Hardcover)

This is book number 394 in the Counterpoints series.

Big changes have been taking place in reading in recent years. While American society has become more visual and digital, the general state of literacy in America is in crisis, with educators and public officials worried about falling educational standards, the rising influence of popular culture, and growing numbers of non-English-speaking immigrants. But how justified are these worries? By focusing on reading , this book takes a serious look at public literacy, but chooses not to blame the familiar scapegoats. Instead, The End of Reading proposes that in a diverse and rapidly changing society, we need to embrace multiple definitions of what it means to be a literate person.
The Author: David Trend is Professor of Studio Art at the University of California, Irvine. He is the author of over 100 articles and essays in such periodicals as Art in America, Cultural Studies, and Social Identities, among others. Trend is the former Dean of Creative Arts at De Anza College in Cupertino, California, and past editor of the journals Afterimage and Socialist Review. Trend's books include Everyday Culture (2007), The Myth of Media Violence (2007), Reading Digital Culture (2001), Cultural Democracy: Politics, Media, New Technology (1997), Radical Democracy: Identity, Citizenship, and the State (1996), The Crisis of Meaning in Culture and Education (1995), and Cultural Pedagogy: Art/Education/Politics (1992).