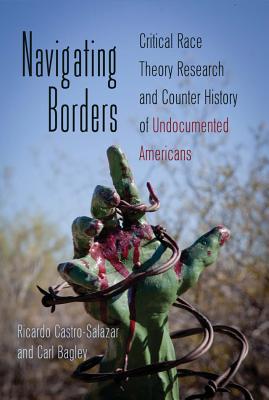 This is book number 415 in the Counterpoints series.

This book has won the 2014 Qualitative Book Award In the context of debates about U.S. immigration, this book gives a voice to undocumented Americans of Mexican origin - specifically, involuntary immigrants born in Mexico but brought to the United States by their parents as minors. They are indistinguishable from other Americans, yet in the media and their everyday lives they encounter racism, discrimination, ostracism, and castigation on a regular basis. This book is about their stories and how, against the odds, they offer resistance as they navigate across ideological, historical, socio-economic, institutional and educational borders, in an effort to carve out a life in U.S. society. In constructing an evocative and powerful counter-narrative the authors show how they ultimately worked with artists of Mexican origin and community organizations to bring the undocumented issue to performative and political life.
Ricardo Castro-Salazar (EdD) is Associate Researcher, Center for Latin American Studies at the University of Arizona and Professor of History and Political Sciences at Pima College, where he has been Executive Assistant to the chancellor and dean. He holds graduate degrees from universities in Holland, Mexico, the United Kingdom, and the United States. He has published and presented research on immigration issues. Carl Bagley (PhD FRSA) is Director of Postgraduate Research and Professor of Educational Sociology at the Durham University School of Education in the United Kingdom, where his research interests encompass educational policy and critical arts-based approaches to educational research. He is co-editor of the book Dancing the Data (Peter Lang, 2002).