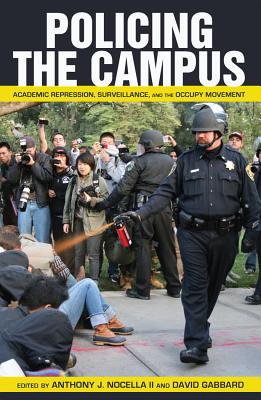 This is book number 410 in the Counterpoints series.

With the rise of the corporate university and the academic industrial complex, colleges and universities throughout the United States are becoming monitored, armed, gated, and contracted out in the name of security. Policing the Campus is a collection of essays by activist academics and campus organizers from a variety of fields and movements. The book fully explores how higher education has entered a state of academic repression. In this new Occupy Wall Street era, higher education mirrors the problems that plague urban schools in poor communities, including metal detectors, random locker searches, drug-sniffing police dogs, in-class arrests, and security guards at every major entrance. Policing the Campus is a wake-up call to protect higher education as a bastion of free thought, strategy, and challenge for the 99%, and not preserve it as the privilege of the elite 1%.
Anthony J. Nocella II is Visiting Professor in Education and Senior Fellow in the Dispute Resolution Institute at Hamline University and Editor of the Peace Studies Journal. His latest works includes Academic Repression: Reflections from the Academic Industrial Complex and The End of Prisons: Reflections from the Decarceration Movement. David Gabbard is Associate Professor in the Department of Bilingual Education at Boise State University. His other works include Knowledge and Power in the Global Economy: The Effects of School Reform in a Neoliberal/Neoconservative Age, Education Under the Security State, and Education as Enforcement: The Militarization and Corporatization of Schools.