A Community of Disagreement; Feminism in the University (Counterpoints #431) (Paperback) 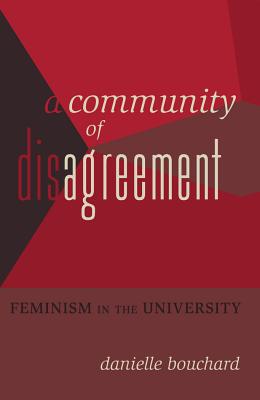 A Community of Disagreement; Feminism in the University (Counterpoints #431) (Paperback)

This is book number 431 in the Counterpoints series.

As academic feminism has critiqued the often-violent inscriptions of institutionality, it has also produced a narrative of its role in the university fraught with difficulties of its own. The understanding of difference - as an object to be agreed upon and as the foundation for a diversity model of inclusion - that has emerged as the defining feature of this narrative has also come to serve as the suture point between feminism and the university, a site of presumed resistance to institutionality. Engaging in a close reading of the literature on the current state of academic feminism as well as a variety of bureaucratic, organizational, and scholarly texts on the US university, Danielle Bouchard draws from contemporary political philosophy, postcolonial and women of color feminisms, and poststructuralist social theory in order to examine feminism's relationship to what has become one of the central missions of the US university: the management of difference. Proposing that the possibility of imagining alternative university formations rests on a difference that cannot be fully accounted for, Dr. Bouchard understands feminism as a community of disagreement, a formation that resists political resolution and interpretive closure.
Danielle Bouchard is Assistant Professor of Women's and Gender Studies at the University of North Carolina, Greensboro.