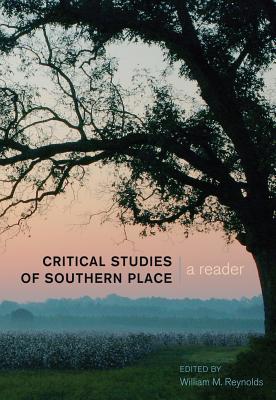 This is book number 434 in the Counterpoints series.

Critical Studies of Southern Place: A Reader critically investigates and informs the construction of Southernness, Southern identity, and the South past and present. It promotes and expands the notion of a Southern epistemology. Authors from across the South write about such diverse topics as Southern working-class culture; LGBT issues in the South; Southern music; Southern reality television; race and ethnicity in the South; religion in the South; sports in the South; and Southernness. How do these multiple interpretations of popular culture within critical conceptualizations of place enhance our understandings of education? Critical Studies of Southern Place investigates the connections between the critical examination of place-specific culture and its multiple connections with education and pedagogy. This important book fills a significant gap in the scholarly work on the ramifications of place. Readers will be able to center the importance of place in their own scholarship and cultural work as well as be able to think deeply about how Southern place affects us all.
William M. Reynolds received his Ed.D. in curriculum theory from the University of Rochester. Dr. Reynolds teaches in the Department of Curriculum, Foundations, and Reading at Georgia Southern University. He has authored, co-authored, edited, and co-edited numerous books including Curriculum: A River Runs Through It (2003); Expanding Curriculum Theory: Dispositions and Lines of Flight (2004); The Civic Gospel: A Political Cartography of Christianity (2009); and A Curriculum of Place: Understandings Emerging Through the Southern Mist (2013). He has also published many articles and chapters on issues of curriculum and cultural studies.