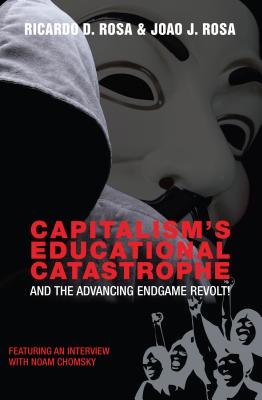 This is book number 459 in the Counterpoints series.

Neoliberal capitalism has paved the way to educational catastrophe. It has also opened paths for politically productive and transformative forms of localized resistance(s). This book examines the perilous catastrophe before us, and the possibility that we can reclaim our rights as citizens and redefine democracy as a process for global good rather than a euphemism for our collective enslavement to global markets, which annihilate our souls. The authors analyze the crisis in U.S. urban education through visceral narratives of social control while resisting the tendency to make the United States the epicenter of educational reform analysis. They explore neoliberal capitalism and processes of racialization as interdependent. The neoliberalization of education is having disproportionate negative implications for communities of color. More profoundly, neoliberal ideology is reworking processes of racialization and the way race is inscribed in discourse and bodies. The book is optimistic in sharing what might be done to inspire the mass withdrawal of consent not only to regressive regimes of high-stakes standardized testing, but to the entire edifice of neoliberal imperialism.