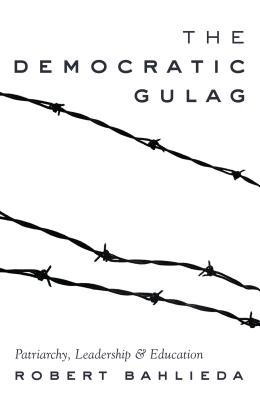 This is book number 488 in the Counterpoints series.

The Democratic Gulag is a provocative, comprehensive investigation of the pervasive and transparent power of patriarchy in social evolution and contemporary society. It asserts that we live in a well-constructed ideological, intellectual and social gulag of patriarchal values, beliefs, attitudes and behaviors that is created through the primary social institutions that we see as the foundations of modern civilization. The book is an in-depth academic study of the role of patriarchy in shaping modern social values and a comprehensive and contemporary cross-contextual analysis of the seminal role and paradoxes of patriarchy as the meta-ideology of human history. Employing the perspective of critical theory, it traces patriarchy through history to our contemporary world by examining its role in shaping democracy, education, religion, politics, economics, leadership and gender relationships. It suggests that rather than a social/historical curiosity, patriarchy is an under-theorized, active and virulent agent that continues to be the foundational source of our global social dysfunction. Without deconstructing and altering its ideological core as well as its complex and multidisciplinary role in our present and future society, positive human social organization is unsustainable. It argues for the necessity of developing democratic and open leadership and governmental and personal relationships that will liberate humanity and create a post-patriarchal world.
Robert Bahlieda is a retired elementary school principal with 37 years experience in education in Ontario, Canada. He holds a Master's Degree in English from York University in Toronto and a Doctorate in Education (EdD) from the University of Toronto (OISE).