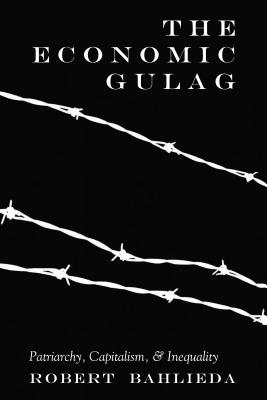 This is book number 524 in the Counterpoints series.

The Economic Gulag: Patriarchy, Capitalism, and Inequality is a trenchant critical analysis of the devastating ravages of capitalist patriarchy in our modern society and its pervasive and increasingly destabilizing negative influence on our views and values regarding power, gender, wealth, and inequality. It extends the investigation begun in The Democratic Gulag (2015) that argued that we live in a social and ideological gulag dominated by the meta-ideology of patriarchy that has defined and circumscribed every aspect of the social experience of humanity for millennia to the detriment of all. The Economic Gulag explores how patriarchy is infused within capitalist theory and practice. It offers a socially democratic critique and alternatives to reform its dominance. Through the lens of critical theory and the use of current empirical and statistical research, The Economic Gulag deconstructs the modern neoliberal capitalist wealth myth and its underlying theory of homo economicus. This book exposes a system rife with deception, inequality, human exploitation, and misery that is touted as the unchallenged champion of democratic individualism and success. The Economic Gulag makes a powerful case for the pressing need to dismantle the democratic and economic gulags in which we live and replace them with a new ideal social democracy based on true economic equality and fairness in a post-patriarchal and post-capitalist world. It concludes with fifteen radical, powerful, and transformative recommendations for change that will provide the "shock therapy" required to usher in a new socially democratic order liberated from patriarchy and all its vestiges.

Robert Bahlieda is a retired elementary school principal (2008) and academic theorist with 37 years of experience working in education in Ontario, Canada. He holds a Master's Degree (M.A.) in English from York University in Toronto and a Doctorate in Education (Ed.D.) from the University of Toronto (Ontario Institute for Studies in Education).