The Vows We Break (The Unconditional Series #2) (Paperback) 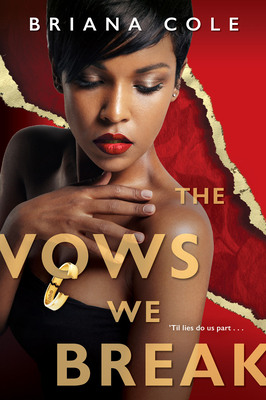 The Vows We Break (The Unconditional Series #2) (Paperback)

This is book number 2 in the The Unconditional Series series.

The divorce was just the beginning. . .

Kimera Davis had a plan to jump start her life and land on easy street. But a disastrous marriage has her making amends and picking up the pieces. It’s a struggle to balance her new responsibilities and her ex, who keeps pressuring her for another chance. All of this has her family scandalized, and with her minister father’s health suffering, trying to do the right thing is pulling Kimera and the only man she’s ever really loved further and further apart . . .

But as Kimera’s bad luck piles up, she senses there’s something more than faulty decisions at play. Someone’s playing a desperate, dangerous game with her life . . . and she’ll have to win if she wants to survive.
Briana Cole began writing short stories and poetry at a young age, then used her poems to start a greeting card business in high school.  After graduating cum laude with a bachelor’s degree from Georgia Southern University, she independently published three novels.  Briana is an Atlanta native and proud mother of two.  Her motto and ultimate drive toward success is a famous quote from Mae West: “You only live once, but if you do it right, once is enough.”  Connect with Briana online at BrianaCole.com, and on Facebook, Goodreads, Instagram, and Twitter @bcoleauthor.