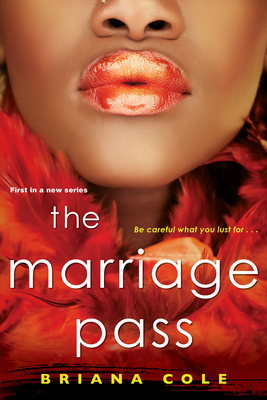 By Briana Cole
List Price: $15.95
Our Price: $12.76
(Save: $3.19 20%)
Usually Ships in 1-5 Days
In a smart, sexy spin-off from her Unconditional Series, Briana Cole continues to explore unconventional relationships and question all assumptions about love, lust, and monogamy in this tantalizing drama that takes the "what if" of a free pass to a whole new level...

Can you really have the best of both worlds?

He's rich, successful--and has been faithfully married to his longtime girlfriend for nearly one grueling year. Because for Dr. Dorian Graham, too many women is never too much--no matter how loyal his wife, Shantae, has been since their college days. So when she proposes they both celebrate their first anniversary by spending a no-questions-asked, no-consequences night with their greatest temptation, Dorian is shocked, but can't resist. Especially since Shantae's wild-card younger sister, Reagan, is gorgeous, uninhibited--and the one who got away...

It turns out one sizzling night with Reagan isn't enough. Yet the more Dorian takes, the more she demands--and the more he suddenly has to lose. Soon, with his mind games being used against him and his every move checkmated, Dorian will be forced to go all-in on one last desperate play to win. But winning might just be another way to crash and burn...
Briana Cole is an acclaimed author, motivational speaker, sex educator and actress. Her novels are known for exploring unconventional relationships and making readers question all expectations about love, lust, and monogamy. An Atlanta native, she graduated cum laude from Georgia Southern University and is a proud member of the Delta Sigma Theta Sorority. Her motto and ultimate drive toward success is a famous quote from Mae West: "You only live once, but if you do it right, once is enough." Connect with Briana online at BrianaCole.com, and on Facebook, Goodreads, Instagram, and Twitter @BColeAuthor.
Paise for The Marriage Pass

“Lust, jealousy, betrayal, and desperation to survive drive this dramatic tale that will appeal to fans of contemporary multicultural romance authors De’Nesha Diamond, Victoria Christopher Murray, and Shelly Ellis.”
—Booklist on The Hearts We Burn

“This second installment in Cole's Unconditional series is quite a page turner.”
—Booklist on The Vows We Break

“Briana Cole takes her characters through hell in this book. And this is just exactly what the readers will enjoy! Drama, drama, drama!”
—Cydney Rax on The Wives We Play

“Thrilling, unique, and so addicting! Briana Cole brings a spin to a taboo lifestyle that had me hooked from the first page, and sitting on the edge of my seat, eager to find out what happens next. Debut or not, The Wives We Play is a fantastic, enthralling novel that should not be missed!”
—Shanora Williams, New York Times bestselling author of Dear Mr. Black, on The Wives We Play

“Oh, this book was spicy and dramatic! This was my first read by Briana Cole but it won't be my last.” —RAWSISTAZ on The Wives We Play