Harriet Tubman: A Reference Guide to Her Life and Works (Hardcover) 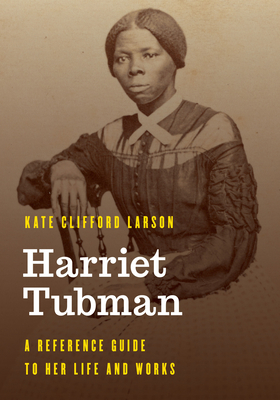 Harriet Tubman: A Reference Guide to Her Life and Works (Hardcover)


Usually Ships in 1-5 Days
Harriet Ross Tubman, born enslaved in Maryland emerged from the most oppressive of conditions to lead others to freedom along the Underground Railroad and then continue her fight against slavery on the battlefields of the Civil War. During the last fifty years of her life in New York she campaigned for voting and civil rights, became an entrepreneur, a philanthropist, community organizer and leader. Harriet Tubman: A Reference Guide to Her Life and Works captures her life, her works, and legacy. It features a chronology, an introduction offers a brief account of her life, a dictionary section lists entries on people, places, and events central to Tubman's life as an enslaved person, liberator, abolitionist, soldier, spy, wife, mother, and public figure, and includes the most recent research findings and the latest efforts to memorialize her.
Kate Clifford Larson is the bestselling and award-winning author of Bound for the Promised Land: Harriet Tubman, Portrait of an American Hero and Walk With Me: A Biography of Fannie Lou Hamer, among other books. A specialist in Women's and African American history, Larson has consulted on museum exhibits, feature film scripts, documentaries, public history initiatives, and is frequently appeared interviewed on national and international media outlets.