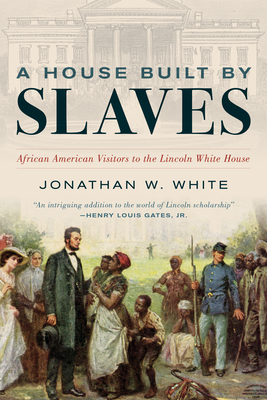 
Usually Ships in 1-5 Days
Rediscover the forgotten story of how President Lincoln welcomed African Americans to his White House during America's most divided and war-torn era. Jonathan White illuminates why Lincoln's unprecedented welcoming of African American men and women to the White House transformed the trajectory of race relations in the United States. From his 1862 meetings with Black Christian ministers, Lincoln began inviting African Americans of every background into his home, from ex-slaves from the Deep South to champions of abolitionism such as Frederick Douglass and Sojourner Truth. More than a good-will gesture, the president conferred with his guests about the essential issues of citizenship and voting rights. Drawing from an array of primary sources, White reveals how African Americans used the White House as a national stage to amplify their calls for equality. Even 155 years after the signing of the Emancipation Proclamation, Lincoln's inclusion of African Americans remains a necessary example in a country still struggling from racial divisions today.
Jonathan W. White is associate professor of American Studies at Christopher Newport University. He is the author of ten books and over 100 articles, essays, and reviews on Lincoln and the Civil War. His writing has appeared in Smithsonian, Time, the New York Times, and the Washington Post. He lives in Newport News, Virginia.