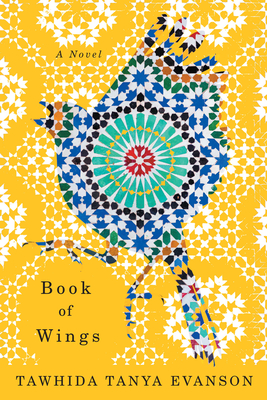 
Usually Ships in 1-5 Days
In this sweeping, allusive novel, the celebrated poet, dervish, and oral storyteller Tawhida Tanya Evanson comes to terms with what it means to stand on one’s own two feet in an uncertain world. The acclaimed Antiguan-Canadian artist traces a global journey from Vancouver to the United States, Caribbean, Paris, and Morocco as a relationship with her lover and travel partner disintegrates and she finds herself on a path toward personal discovery and spiritual fulfillment that leads her deep into the North African landscape.
Tawhida Tanya Evanson is an Antiguan-Québecoise poet, performer and producer. Author of two books of poetry, Nouveau Griot (Frontenac 2018) and Bothism (Ekstasis 2017), Book of Wings is her first work of fiction. With a 20-year practice in spoken word, she performs internationally and has released several studio albums and videopoems. Evanson is program director of Banff Centre Spoken Word. She has been named Poet of Honour at the Canadian Festival of Spoken Word, and has received the Golden Beret Award for her contribution to the spoken-word genre. Born and based in Tiohtià:ke/Montreal, she moonlights as a whirling dervish.
"Tanya Evanson’s work takes a bird’s-eye approach to humanity and spirituality, with a friendly but existential questioning of the folly of Western life." —The Montreal Review of Books