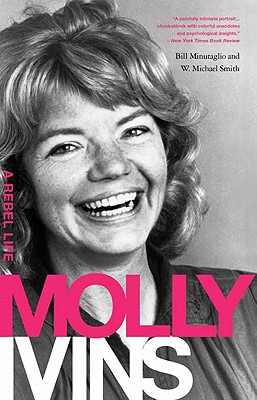 She was a groomed for a gilded life in moneyed Houston, but Molly Ivins left the country club behind to become one of the most provocative, courageous, and influential journalists in American history. Presidents and senators called her for advice; her column ran in 400 newspapers; her books, starting with Molly Ivins Can't Say That, Can She?, were bestsellers. But despite her fame, few people really knew her: what her background was, who influenced her, how her political views developed, or how many painful struggles she fought.

Molly Ivins is a comprehensive, definitive narrative biography, based on intimate knowledge of Molly, interviews with her family, friends, and colleagues, and access to a treasure trove of her personal papers. Written in a rollicking style, it is at once the saga of a powerful, pugnacious woman muscling her way to the top in a world dominated by men; a fascinating look behind the scenes of national media and politics; and a sobering account of the toll of addiction and cancer. Molly Ivins adds layers of depth and complexity to the story of an American legend -- a woman who inspired people both to laughter and action.

Bill Minutaglio is the author of several books, including Dallas 1963, for which he won the PEN Center USA Literary Award for Research Nonfiction with Steven L. Davis. His work has appeared in the New York Times, Washington Post, Newsweek, and Esquire.

Steven L. Davis is the PEN USA-award winning author of four books focusing on iconoclasts, including Dallas 1963 with Bill Minutaglio and J. Frank Dobie: A Liberated Mind. He is the president of the Texas Institute of Letters and a curator at the Wittliff Collections at Texas State University in San Marcos.