Mass Incarceration on Trial: A Remarkable Court Decision and the Future of Prisons in America (Hardcover) 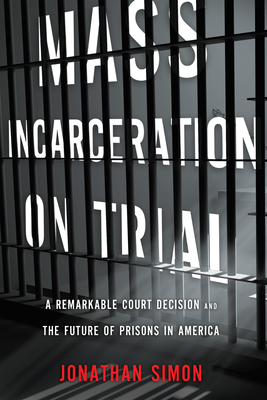 Mass Incarceration on Trial: A Remarkable Court Decision and the Future of Prisons in America (Hardcover)

By Jonathan Simon
List Price: $26.95
Our Price: $22.91
(Save: $4.04 15%)
Hard to Find
For nearly forty years the United States has been gripped by policies that have placed more than 2.5 million Americans in jails and prisons designed to hold a fraction of that number of inmates. Our prisons are not only vast and overcrowded, they are degrading--relying on racist gangs, lockdowns, and Supermax-style segregation units to maintain a tenuous order. Mass Incarceration on Trial examines a series of landmark decisions about prison conditions--culminating in Brown v. Plata, decided in May 2011 by the U.S. Supreme Court--that has opened an unexpected escape route from this trap of "tough on crime" politics. This set of rulings points toward values that could restore legitimate order to American prisons and, ultimately, lead to the demise of mass incarceration. Simon argues that much like the school segregation cases of the last century, these new cases represent a major breakthrough in jurisprudence--moving us from a hollowed-out vision of civil rights to the threshold of human rights and giving court backing for the argument that, because the conditions it creates are fundamentally cruel and unusual, mass incarceration is inherently unconstitutional. Since the publication of Michelle Alexander's The New Jim Crow, states around the country have begun to question the fundamental fairness of our criminal justice system. This book offers a provocative and brilliant reading to the end of mass incarceration.

Jonathan Simon is the Adrian A. Kragen Professor of Law at the University of California, Berkeley. His most recent book, Governing through Crime, won the American Sociology Association's 2008 Sociology of Law Distinguished Book Award and the 2010 Hindelang Prize of the American Society of Criminology. He lives in Berkeley, California.