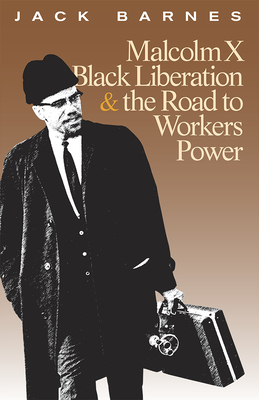 
Special Order
The foundations for the explosive rise of the Black liberation struggle in the U.S. beginning in the mid-1950s were laid by the massive migration of Blacks from the rural South to cities and factories across the continent, drawn by capital's insatiable need for labor power—and cannon fodder for its wars. Malcolm X emerged from this rising struggle as its outstanding single leader. He insisted that colossal movement was part of a worldwide revolutionary battle for human rights. A clash “between those who want freedom, justice, and equality and those who want to continue the systems of exploitation.” Drawing lessons from a century and a half of struggle, this book helps us understand why it is the revolutionary conquest of power by the working class that will make possible the final battle for Black freedom—and open the way to a world based not on exploitation, violence, and racism, but human solidarity. A socialist world.Includes four photo sections and over 130 photographs and drawings, author's introduction, index, glossary.
Criticas Online Reviews:
Barnes, National Secretary of the U.S. Socialist Workers Party and a member since 1963, was one of the last people to interview Malcolm X before his 1965 assassination. This hefty tome contains a rich miscellany of photographs, articles, and reflections. Although the introductory essays, often presentations Barnes has made at public meetings, deal with Malcolm X, this book spans almost 100 years of labor history from the perspective of how the African American question was viewed by thinkers and leaders like Trotsky and organizations like the American Communist Party. Barnes paints a picture of African American leaders and their struggles, vision, and impact, and he includes recent reflections regarding the election of Barack Obama and how this fits into the overall perceptions of African America from within and without that community., specifically regarding rights and opportunities. Recommended for all public libraries and bookstores for its general appeal and historic content.-Catherine Rendón, Savannah, GA