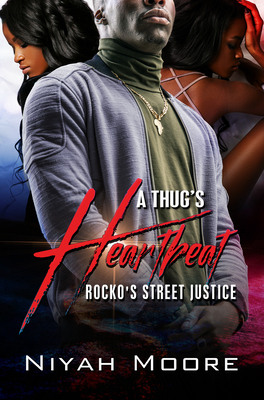 
Usually Ships in 1-5 Days
The streets pump blood through Rocko’s heart, but his women are the electricity that spreads and causes it to contract. Though he’s madly in love with his fiancée, Troi, he can’t keep his past mistakes with other women from catching up with him.

Troi is tired of Rocko’s constant lies and cheating ways, while Heather and Mai find being Rocko’s baby mamas come with more than they bargained for. Troi discovers she’s pregnant just as she’s wishing she could shake Rocko for the last time. Things seem as if they can’t get any worse—until it’s revealed that Rocko has yet another baby mama who hid his child from him for twelve years.

Trying his best to stay out of prison for a murder he didn’t commit, he attempts to keep his baby mamas out of harm’s way while the streets want him, his children, and the women in his life dead! The most important goal to him is to marry Troi once and for all, but she can’t seem to accept Rocko’s package, no matter how hard she tries.

Will Rocko be able to keep everyone safe and change his life for the better, or will the street jury find him guilty and take away everything?

Niyah Moore began her career as a self-published author. She was an honoree for the 2013 Exceptional Women of Color Award of Northern California. She is a two-time recipient of the African American Literary Award for Best Anthology and 2015 AAMBC Literary Award nominee for Best Digital Publisher. After eight years of self-publishing and honing her craft, Niyah stepped into the role of CEO and Publisher, launching Ambiance Books in February 2015. Niyah’s journey has been paved with determination and drive. Her mantra is: The biggest adventure you can take is to live the life of your dreams.