Damaged: The Diary of a Lost Soul (Paperback) 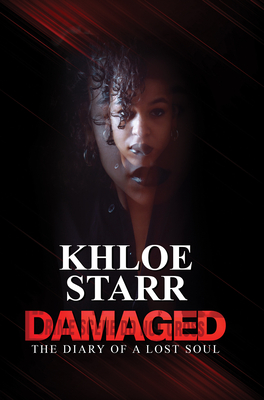 Damaged: The Diary of a Lost Soul (Paperback)

Mita "Sweet Lips" Cruz never had much chance to enjoy her youth because of her drug-addicted mother’s attraction to lowlife men. After she survives a vicious assault at the hands of her stepfather on her fourteenth birthday, Mita desperately searches for the meaning of unconditional love in the streets of North Philadelphia. When she discovers that she is carrying the child of her rapist, it’s too much for her damaged soul to bear. With an ugly future ahead of her, Mita puts the newborn up for adoption, vowing to seek revenge for the violations against her.

FBI Special Agent Jasmine Rodriguez is a rising star—a young FBI agent with an expertise in running sting operations from corruption to child pornography. But no matter how successful she is in her professional life she can't run from her shady past. When she crosses paths with Mita, hidden agendas are revealed, and Jasmine’s life changes drastically.

Khloe Starr is a recent college graduate with a degree in English. She lives in Philadelphia and is working on future novels.