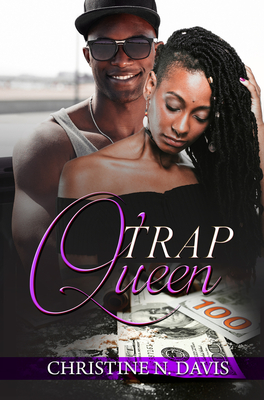 By Christine N. Davis
List Price: $16.95
Our Price: $14.41
(Save: $2.54 15%)
Usually Ships in 1-5 Days
Fed up with feeling powerless, Lihanny takes the drug world by storm when she meets Malaki. But what happens when the love for the game trumps everything else? As a woman, Lihanny must work double time to prove herself to be respected as the Trap Queen. Headstrong just like her father, Lihanny will knock down anything that stands in her way.

At a young age, Lihanny’s life was forever altered when, after the murder of her father, her mother decided to sell her to the highest bidder. She didn’t think things could get any worse, but she was sadly mistaken. Being at the wrong place at the wrong time can change your life forever, which is exactly what happened to Lihanny.

Twenty-two-year-old Christine N. Davis from Norfolk, Virginia has had a lifelong love for books and movies. She had dreams of being a teacher and an artist, but after she wrote her first book, she fell in love with the craft. Writing gave her the escape she needed as a young black girl, allowing her to express herself through different characters and plots. She has self-published multiple books. She hopes readers are able to put themselves into her books and feel as though they are living the lives of each character.