Romeo and Juliet of the Projects (Paperback) 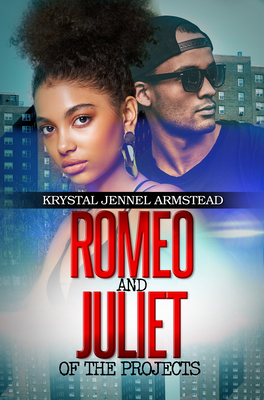 Romeo and Juliet of the Projects (Paperback)

By Krystal Armstead
List Price: $16.95
Our Price: $14.41
(Save: $2.54 15%)
Usually Ships in 1-5 Days
These two lost souls find everything they wanted once they step outside of their comfort zones and into each other’s arms. However, some people are meant to fall in love but not meant to be together. Can two people with a painful past build a better future? Does love really conquer all?

Bostyn “Easy” Reel has always felt like he didn’t belong. He is stuck between two worlds: in one world, he is being who he really wants to be, and in the other world, he is being only what his family allows him to be. He feels like he is drowning in darkness, haunted by his past. After finding out that he was adopted, Bostyn finds himself on a search to discover who he really is.

When Meelah Summers meets Bostyn, it is as if the broken pieces of her heart fit together perfectly with the broken pieces of his. Meelah felt empty growing up without her mother, being raised by a father who was never there. Meeting Bostyn couldn’t have come at a better time. The only problem is Meelah’s father is a well-known drug distributor, and Bostyn’s adoptive father is the head of the Anne Arundel County Police Department—the same police department responsible for killing her mother.

Krystal Armstead is a lupus warrior and veteran of the United States Air Force. She is a mother of four beautiful children. She grew up traveling the world as the daughter of a Master Sergeant in the United States Air Force. She attended Morgan State University in Baltimore, Maryland for three years before transferring to East Carolina University in Greenville, North Carolina. She graduated with a bachelor's degree in business administration and management information systems. She is now living in Charlotte, North Carolina. Most of her novels take place in places that she's lived or visited (Maryland, D.C., North Carolina, California, Greece, Japan, England). She currently has 35 published books available on Amazon . . . and counting.