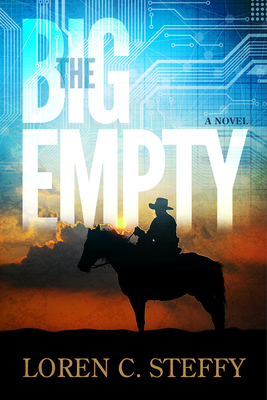 
Backordered
In a small West Texas town on the cusp of the new millennium, a lifelong cowboy wonders if a new semiconductor plant will ensure a future for his son or eliminate the only way of life he’s ever known.

When Trace Malloy and Blaine Witherspoon collide on a desolate West Texas highway, their fender bender sets the tone for escalating clashes that will determine the future of the town of Conquistador.

Malloy, a ranch manager and lifelong cowboy, knows that his occupation—and his community—are dying. He wants new- millennium opportunities for his son, even though he himself failed to summon the courage to leave familiar touchstones behind.

Witherspoon, an ambitious, Lexus-driving techie, offers a solution. He moves to Conquistador to build and run a state-of-the-art semiconductor plant that will bring prestige and high-paying technology jobs to revive the town—and advance his own career.

What neither man anticipates is the power the “Big Empty” will wield over their plans. The flat, endless expanse of dusty plain is as much a character in the conflict as are the locals struggling to subsist in this timeworn backwater and the high-tech transplants hell-bent on conquering it.
While Malloy grapples with the flaws of his ancestors and his growing ambivalence toward the chip plant, Witherspoon falls prey to construction snafus, corporate backstabbing, and financial fraud. As they each confront personal fears, they find themselves united in the search for their own version of purpose in a uniquely untamable Texas landscape.

The Big Empty, the debut novel from longtime journalist and nonfiction author Loren C. Steffy, combines a sweeping appreciation for history and the struggles of small-town America with an examination of technology and the social and economic changes that come over time.
LOREN C. STEFFY is the author of five nonfiction books and a writer- at-large for Texas Monthly. He’s also an executive producer for Rational Middle Media and a managing director for 30 Point Strategies, where he heads the 30 Point Press publishing imprint. He had been a business journalist for more than 30 years at publications such as Bloomberg News, the Houston Chronicle and Forbes.com. His award-winning writing has been published in newspapers and other publications worldwide. He lives in Wimberley with his wife, three dogs and an ungrateful cat.