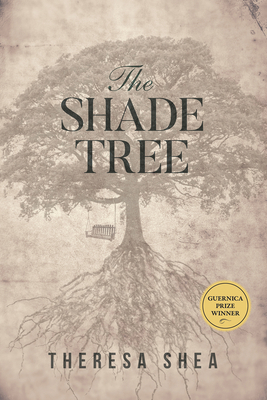 Winner of the 2020 Guernica Prize for Literary Fiction

When the lies of thirteen-year-old Ellie Turner cause a black man’s lynching in 1930s Florida, her younger sister Mavis begins to question the family's long-held beliefs about race. At the same time, the novel focuses on the courageous story of Sliver, a black midwife whose love for her grandson forces her to flee to Washington DC with the child, and Mavis, in tow. As the novel progresses through the decades, the lives of the three women merge and troubling family secrets are revealed.

The Shade Tree is a dramatic exploration of racial injustice and conflict set against the backdrop of some of America's most turbulent historical events. The lives of two white sisters and a black midwife are inextricably linked through a series of haunting tragedies, and the characters must make difficult, life-changing decisions about where their loyalties lie: with their biological families or with a greater moral cause. From a Florida orange grove to the seat of power in Washington, DC, during the height of the civil rights movement, The Shade Tree tells a sweeping yet intimate story of racial discrimination and the human hunger for justice.

Theresa Shea’s debut novel, The Unfinished Child, was a word of mouth best-seller. A popular book club selection, the novel was nominated for several awards and sold over 12,000 copies. The Shade Tree, winner of the 2020 Guernica Prize for best novel manuscript, is her much-anticipated follow-up. Born in the United States, Shea moved to Canada as a teenager in 1977. She lives, parents, and writes in Edmonton.