The Slave Narratives of Texas (Paperback) 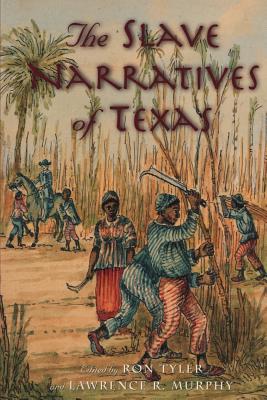 The Slave Narratives of Texas (Paperback)


Usually Ships in 1-5 Days
Many defenders of slavery have maintained that the slaves in Texas were well-treated and happy, but as a former slave remarked, "Tisn't he who has stood and looked on, that can tell you what slavery is—'tis he who has endured." Here are the tales of those who have endured—a collection of the voices of the ex- slaves themselves, recalling what their lives were like under slavery. Over one hundred former slaves describe their slavemasters, their work, runaway slaves, their recollections of the Civil War and, finally, the coming of freedom. The narratives were collected by WPA interviewers in the late 1930s and subsequently edited by Ron Tyler and Lawrence R. Murphy. The Slave Narratives of Texas is a highly informative and readable book that provides a valuable history of the institution of slavery in Texas. It is also a profoundly moving text which yields great insight into the full impact of slavery upon human lives.
RON TYLER is director of the Amon Carter Museum in Fort Worth, Texas. He is formerly professor of history at the University of Texas at Austin and director of the Texas State Historical Association. He is the author/editor of more than twenty books, including Prints of the West, Audubon's Great National Work, The Big Bend: A History of the Last Texas Frontier, Slave Narratives of Texas, and The Rodeo of John A. Stryker.