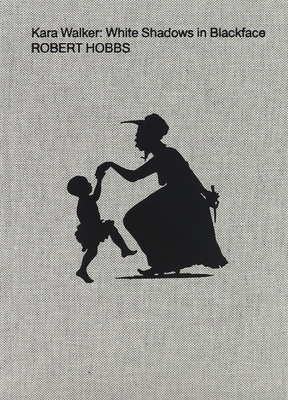 Themes and motifs in the art of Kara Walker, from blackface to abjection, by a leading art historian

In 2002, Kara Walker was selected to represent the United States at the prestigious S o Paulo Art Biennial. Curator Robert Hobbs wrote extended essays on her work for this exhibition, and also for her show later that year at the Kunstverein Hannover. Because these essays have not been distributed in the US and remain among the most in-depth and essential investigations of her work, Karma is now republishing them in this new clothbound volume.
Among the most celebrated artists of the past three decades, with over 93 solo exhibitions to her credit, including a major survey at the Whitney Museum of American Art, Walker is known for her tough, critical, provocative and highly imaginative representations of African Americans and whites reaching back to antebellum times. In his analysis, Hobbs looks at the five main sources of her art: blackface Americana, Harlequin romances, Julia Kristeva's concept of abjection, Stone Mountain's racist tourist attraction and the minstrel tradition.
Robert Hobbs (born 1946) has written more than 50 books and catalogs, focusing on such artists as Milton Avery, Alice Aycock, Lee Krasner, Robert Smithson and Kehinde Wiley. Since 1991 he has held the Rhoda Thalhimer Endowed Chair of American Art in the School of Arts, Virginia Commonwealth University. Since 2004 he has served as a visiting professor at Yale University.
Now based in New York, Kara Walker was born in Stockton, California, in 1969. She received her MFA from the Rhode Island School of Design in 1994; soon afterward, Walker rose to prominence for her large, provocative silhouettes installed directly onto the walls of exhibition spaces.