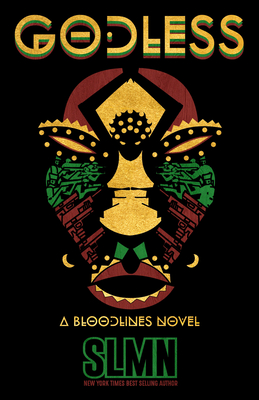 
Usually Ships in 1-5 Days
In this modern thriller about one of the most brutal tales of revenge ever told, SLMN returns against a backdrop of sex workers, cocaine traffickers and West African cults.

In a war for survival two opposing syndicates find themselves locked in a faceless war. The cost is high, the price paid in blood. Enemies everywhere.  There are the Onisagbe, or widow makers, whose claim to these streets dates back to the time when the city's first foundation stones were laid. Led by Sol Danjuma, they've ruled over Freetown for generations. Then there's Awon Woli, a group of Liberians from over the border in Monrovia who have established a stronghold in the area after fleeing their homeland during the civil unrest.What started out as a love ends with a corpse being dumped from a battered old truck with a busted tail light at the gates of the Amon Woli stronghold—a message that can’t be ignored. Honor demands a life for a life. Who killed their boy? He’d been out. He had a new life. He had a girl. An apartment above a laundromat in Freetown. He had hope. And now he's dead. In the search for answers, Daudi M’Beki, one of Awon Woli's lieutenants, goes in search of the girl who stole his friend’s heart, only to  mistakenly kidnap the Onisagbe kingpin’s youngest daughter. Danjuma swears to move heaven and earth to bring his girl home. The only way that’s happening is over the corpses of every last Awọn Woli foot soldier.
SLMN is a writing duo made up of two unique talents. In one life he has fought injustice wherever he has seen it, spending several years in developing nations helping those who couldn't for whatever reason help themselves. He worked on projects to bring fresh water to areas without it, to provide sex and health education and secure vital aid in war torn regions. He has served on peace keeping forces, campaigned against the deployment of landmines and in the last decade devoted his life to ecological issues, most notably combating the illegal trade in endangered species. He has witnessed atrocities no man should ever see, and glimpsed the secret inner workings of the world run by the rich and powerful making him enemies of some of the most dangerous men in the world. Never once has he walked away from a fight. In another life SLMN has produced a number of movies and is both a New York Times and USA Today Bestselling Author.