An Evening with Miss Cicely Tyson 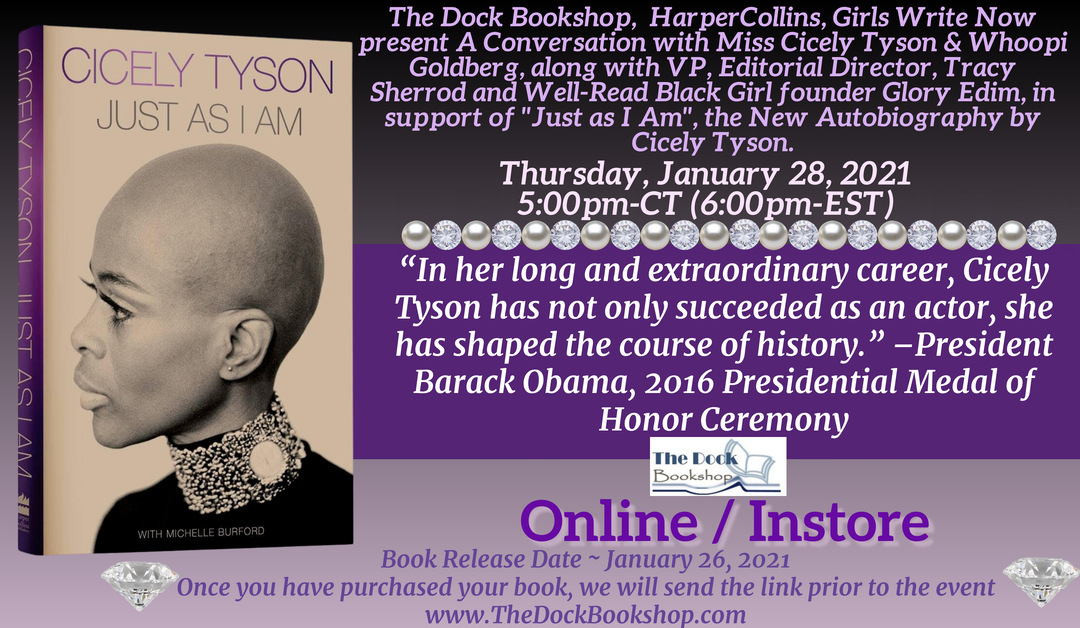 Join us for a conversation with Miss Cicely Tyson and Whoopi Goldberg discussing Tyson's memoir Just As I Am!

At last, the Academy, Tony, and three-time Emmy Award-winning actor and trailblazer, Cicely Tyson, tells her stunning story, looking back at her six-decade career and life.

Cicely Tyson is a groundbreaking, multiple-award winning actress, lecturer, activist, and one of the most respected talents in American theater and film. From her starring role as Virtue in The Blacks (1961) on Broadway, to the Emmy-nominated 1999 HBO film A Lesson Before Dying, her work has garnered critical and commercial acclaim for more than sixty years. She is the only actress to win two Emmys for the same performance (for The Autobiography of Miss Jane Pittman): Best Lead Actress in a Drama, as well as a special, unprecedented Emmy Award for Actress of the Year. Additionally, she is the first black woman to win an honorary Oscar, and the first black woman to host Saturday Night Live. She also won the Tony Award for Best Actress in a Play for The Trip to Bountiful. She lives in New York City.

This event is in partnership with the non-profit Girls Write Now and instagrammer/blogger Well Read Black Girl. The event will include a live introduction by Miss Tyson’s editor; a 30 minute pre-taped conversation between Miss Tyson and Whoopi Goldberg; and a live Q&A as Miss Tyson and her editor take questions.

In her long and extraordinary career, Cicely Tyson has not only exceeded as an actor, she has shaped the course of history. -Barack Obama, 2016 Presidential Medal of Honor ceremony.

An Evening with Cicely Tyson (Book+VirtualEvent)

Just as I Am: A Memoir (Hardcover)