"The New Age of Empire: How Racism and Colonialism..."A conversation with Author Kehinde Andrews 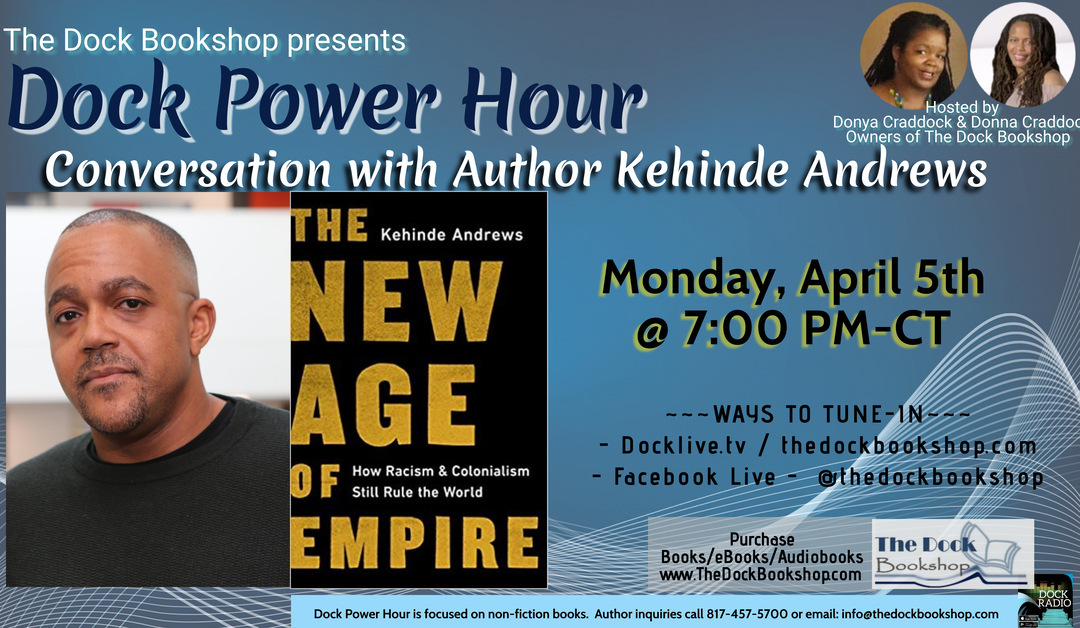 A damning exploration of the many ways in which the effects and logic of anti-black colonialism continue to inform our modern world.

Colonialism and imperialism are often thought to be distant memories, whether they're glorified in Britain's collective nostalgia or taught as a sin of the past in history classes. This idea is bolstered by the emergence of India, China, Argentina and other non-western nations as leading world powers. Multiculturalism, immigration and globalization have led traditionalists to fear that the west is in decline and that white people are rapidly being left behind; progressives and reactionaries alike espouse the belief that we live in a post-racial society.

Kehinde Andrews is Professor of Black Studies at Birmingham City University, where he founded, and is currently director of, the Centre for Critical Social Research. At BCU he was also one of the team who founded the first undergraduate degree in Black Studies. Andrews regularly writes for the Guardian, the Independent, Ebony Magazine, and CNN. He has been featured on Good Morning Britain, Newsnight, Channel 4 News, BBC News Channel, and Under the Skin with Russell Brand. Andrews's first book, Resisting Racism: Race, Inequality and the Black Supplementary School Movement, was published in 2013 and he co-edited the first collection of British Black Studies, Blackness in Britain, in 2016. His latest book was Back to Black: Retelling Black Radicalism for the 21st Century published by Zed books in 2018. He lives in Birmingham.

The New Age of Empire: How Racism and Colonialism Still Rule the World (Hardcover)