Pearl Cleage and Tayari Jones in Conversation with Gail O’Neill 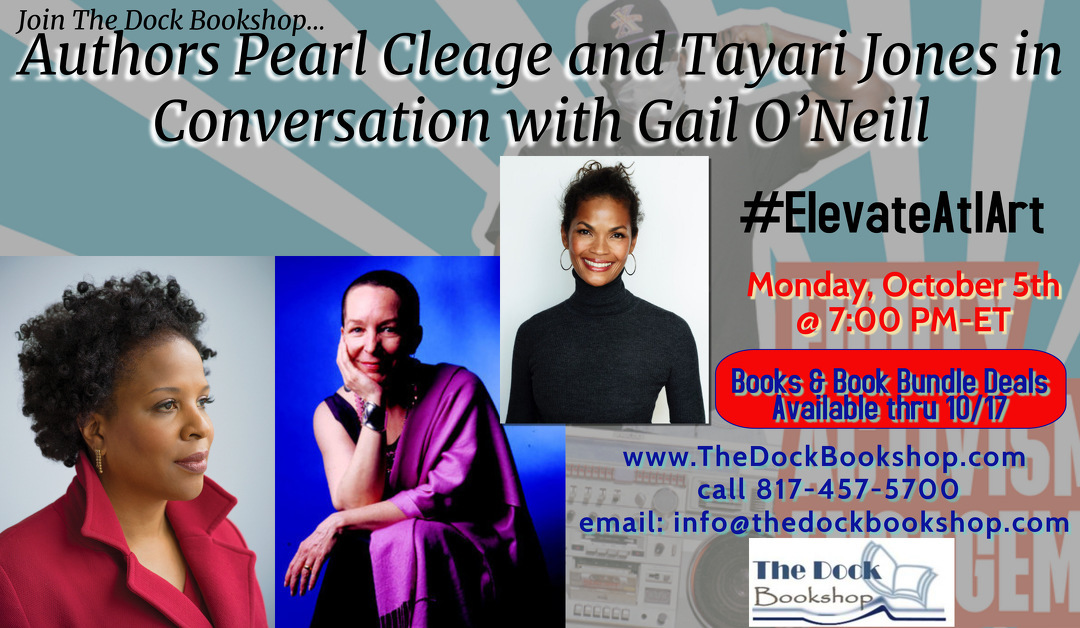 Amazing things happen when you bring powerful women together. Literary giants Pearl Cleage and Tayari Jones sit down to talk about their literary journeys, their work, and why Atlanta’s historic West End is often a memorable character in their stories.

Pearl Cleage is an Atlanta-based writer whose works include three novels, What Looks Like Crazy On An Ordinary Day (Avon Books, 1997), I Wish I Had A Red Dress (Morrow/Avon, 2001), and Some Things I Never Thought I’d Do, (Ballantine/One World, August, 2003); a dozen plays, including Flyin’ West, Blues for an Alabama Sky, Hospice and Bourbon at the Border; two books of essays, Mad at Miles: A Blackwoman’s Guide to Truth and Deals With the Devil and Other Reasons to Riot; and a book of short fiction, The Brass Bed and Other Stories (Third World Press).  She is a frequent contributor to anthologies and has been featured recently in Proverbs for the People, Contemporary African American Fiction, edited by Tracy Price-Thompson and TaRessa Stovall and in Mending the World, Stories of Family by Contemporary Black Writers, edited by Rosemarie Robotham. She is also a performance artist, collaborating frequently with her husband, Zaron W. Burnett, Jr., under the title Live at Club Zebra.

Tayari Jones is the author of four novels, including An American Marriage. The novel is an Oprah’s Book Club Selection, appeared on Barack Obama’s reading list, and was awarded the Women’s Prize for Fiction. Jones has received the Hurston/Wright Legacy Award and fellowships from United States Artists and NEA. Her third novel, Silver Sparrow, was added to the NEA Big Read Library of classics in 2016. Jones is a graduate of Spelman College, University of Iowa, and Arizona State University. She is an Andrew D. White Professor-at-Large at Cornell University and the Charles Howard Candler Professor of Creative Writing at Emory University.

Gail O’Neill is a writer for ArtsATL.org, where she covers arts and culture in Atlanta. She is the host and co-producer of Collective Knowledge— a weekly series of conversations with artists, entrepreneurs and thought-leaders— which can be viewed on YouTube, Facebook and The A Network. Most recognizable for her work in fashion, Gail spent 10 years circling the globe as a model before finding her voice on-camera as a features reporter for CBS News in New York City. She relocated to Atlanta in 2000 to write and host Travel Now, a weekly television series for CNN, and subsequently hosted several series and specials for HGTV — including Mission: Organization, Christmas at the White House and Behind the Design of HGTV’s Dream Home. A native New-Yorker, Gail is a graduate of Wesleyan University who divides her time between homes in Atlanta and Manhattan.

Things I Should Have Told My Daughter: Lies, Lessons & Love Affairs (Paperback)

Seen It All and Done the Rest: A Novel (Paperback)

What Looks LIke Crazy On an Ordinary Day (Idlewild #1) (Paperback)

I Wish I Had a Red Dress (Idlewild #2) (Paperback)

Flyin' West and Other Plays (Paperback)